Select the 3 symbols shown below the Court of Oryx at the start of the raid.

After completing the opening encounter and going through the portal, jump on the first swinging lamp and turn around. The 1st symbol is directly below the platform below you. 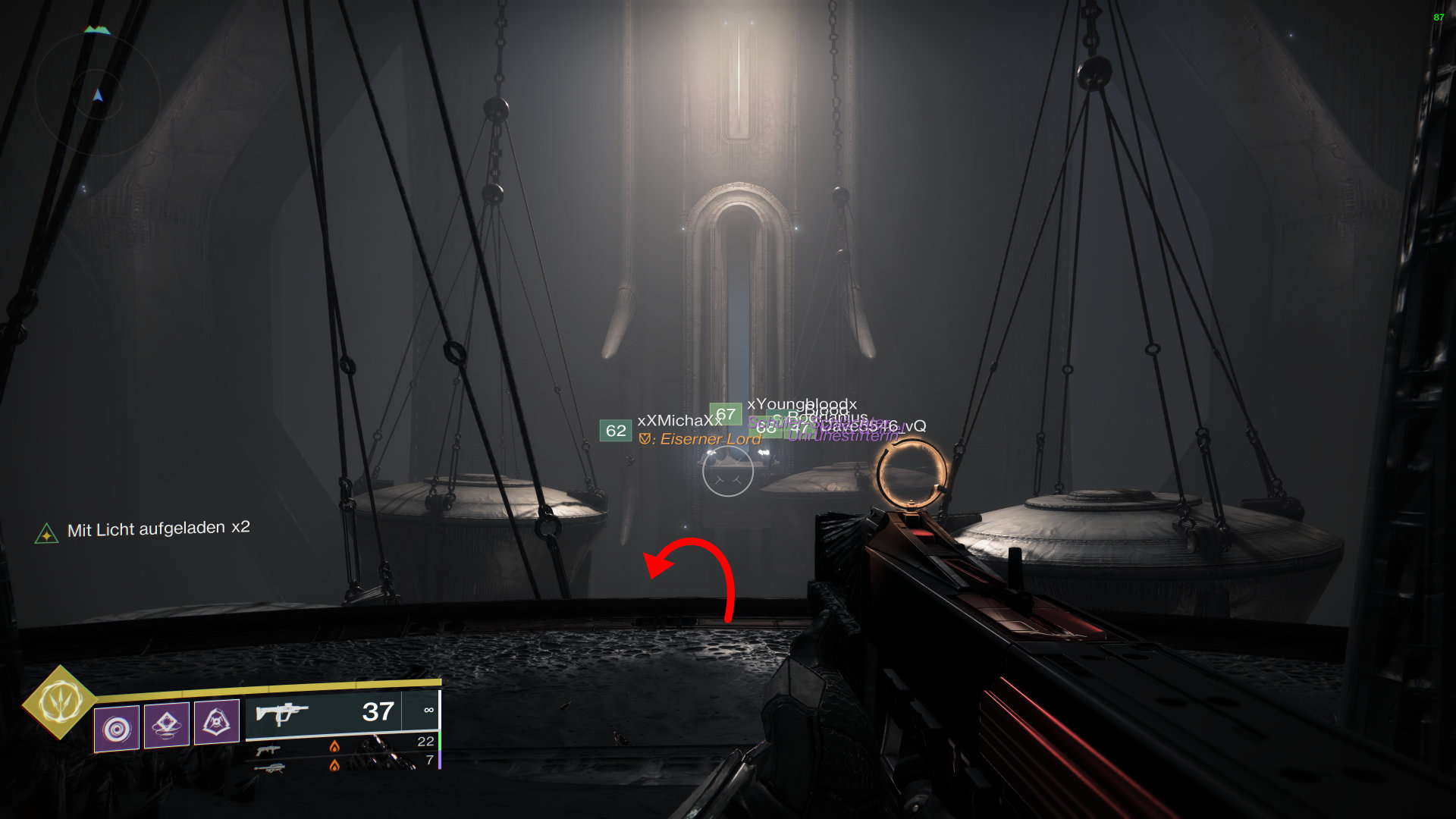 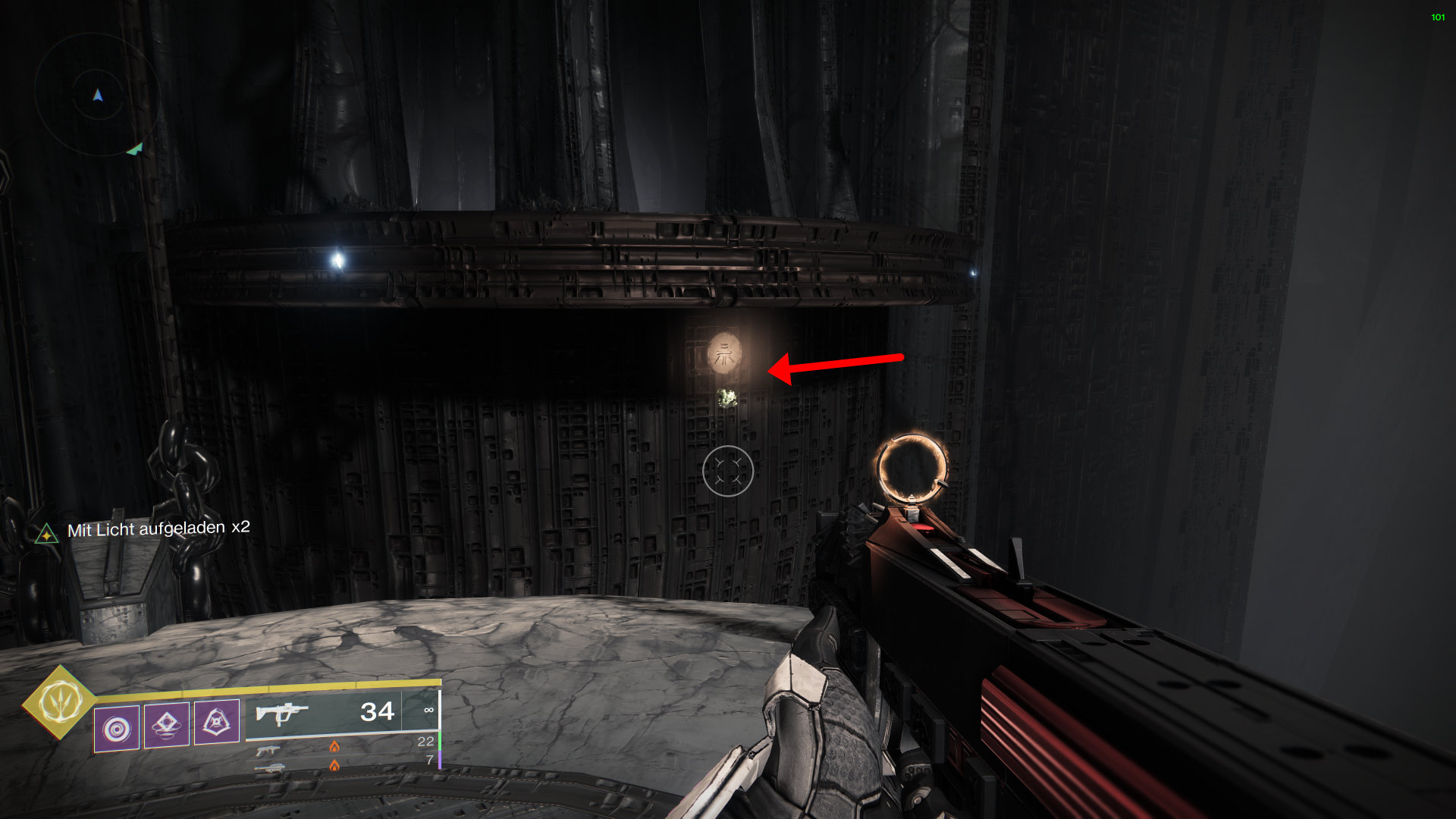 This symbol can be found on the wall directly behind the first secret chest. After riding the tombship across the chasm (second part of the jump puzzle). Jump of early and head left up the wall, then head through a hole in the wall to find the chest and the 2nd symbol. 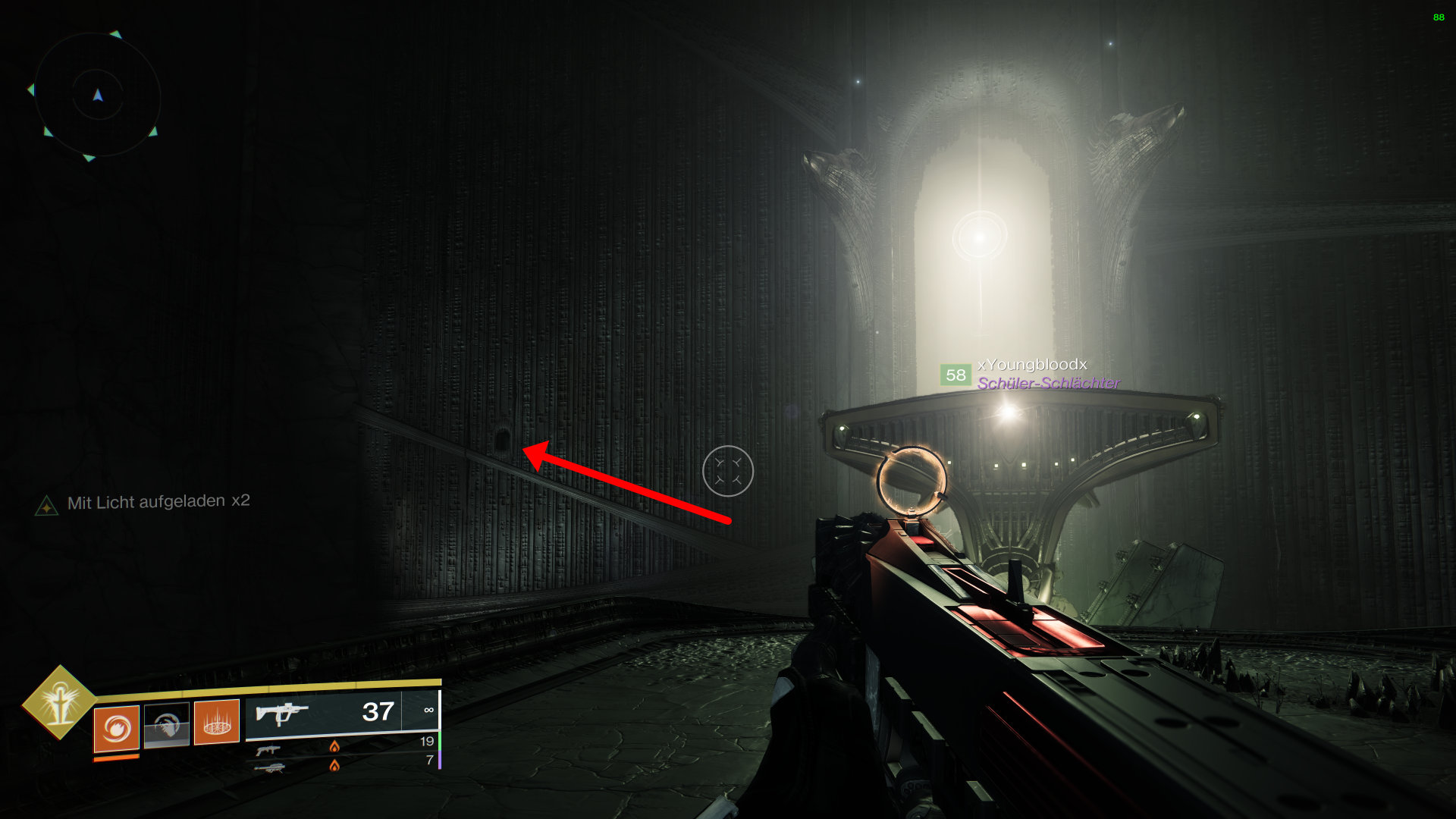 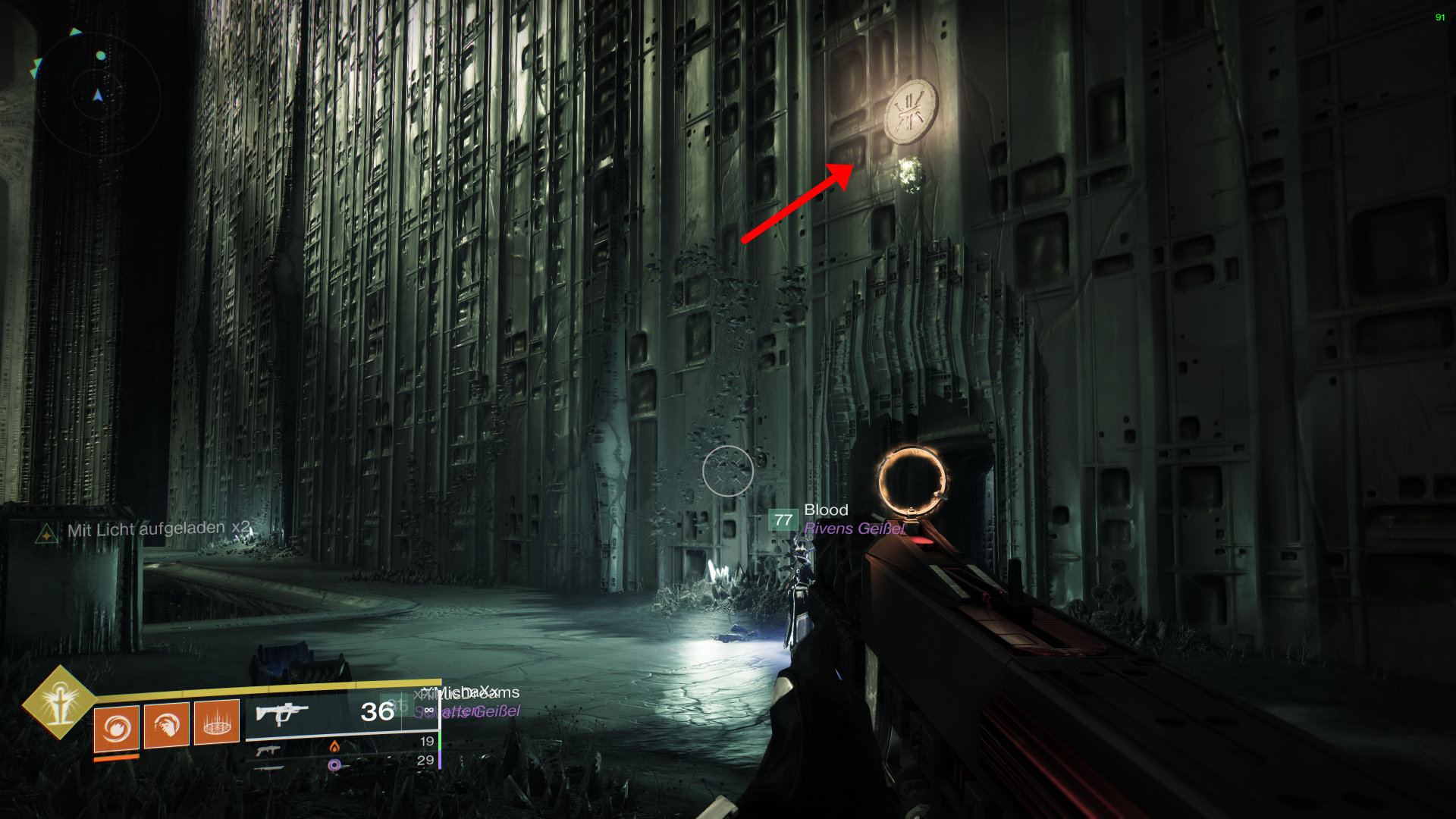 After completing the totems encounter, head into the left side room. The 3rd symbol is on the wall behind the balcony where the knights spawn, towards the right side. 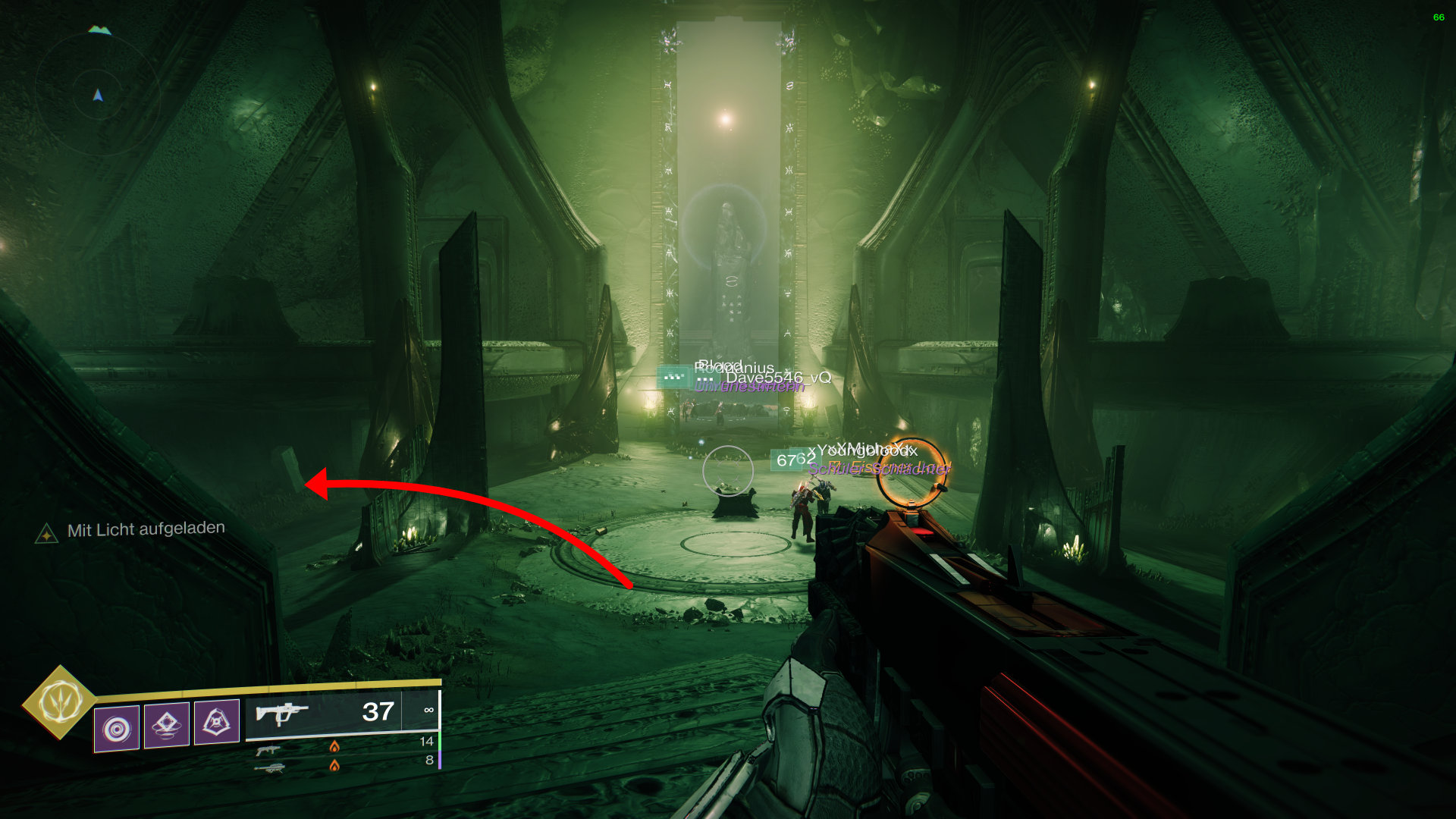 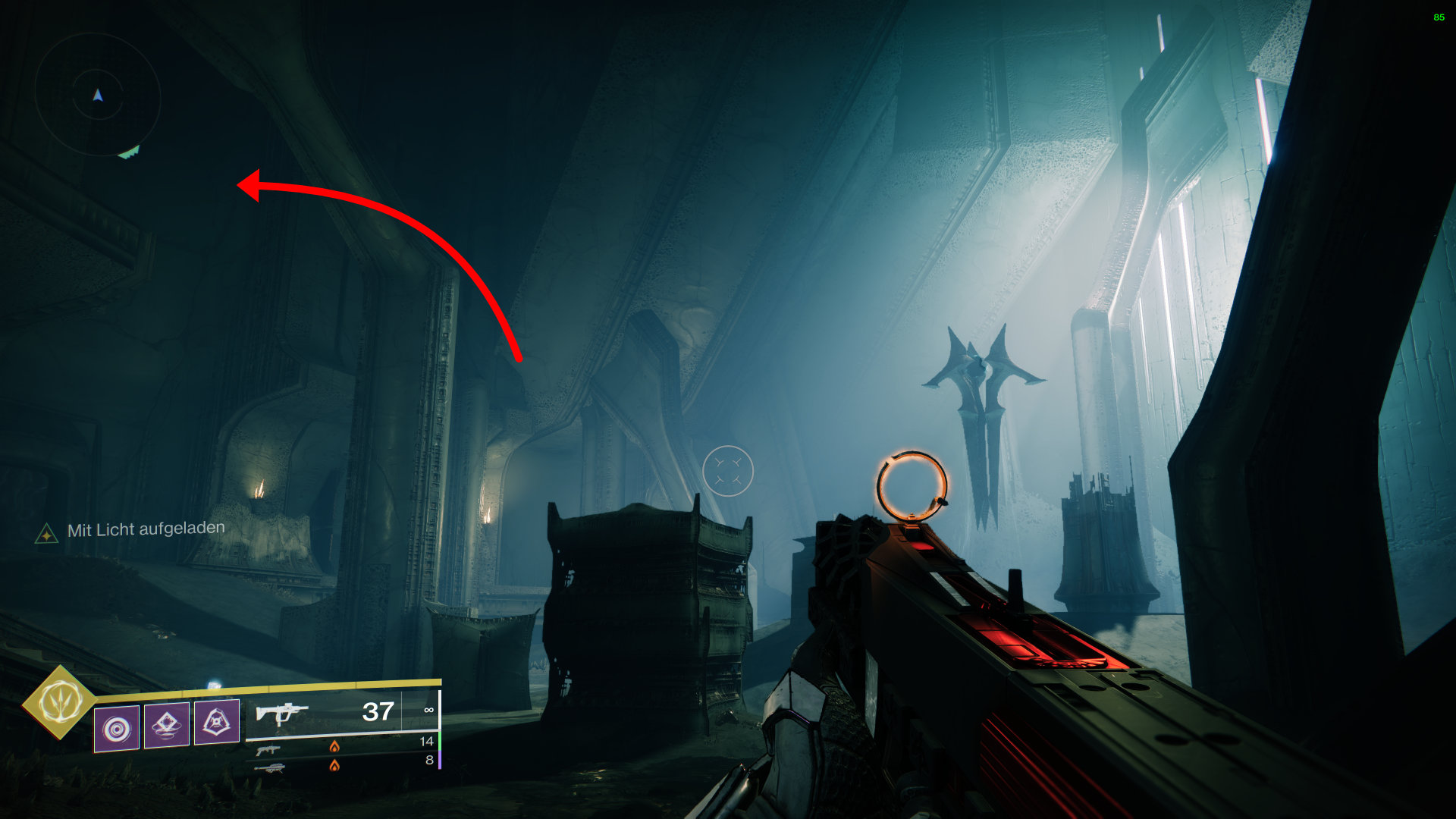 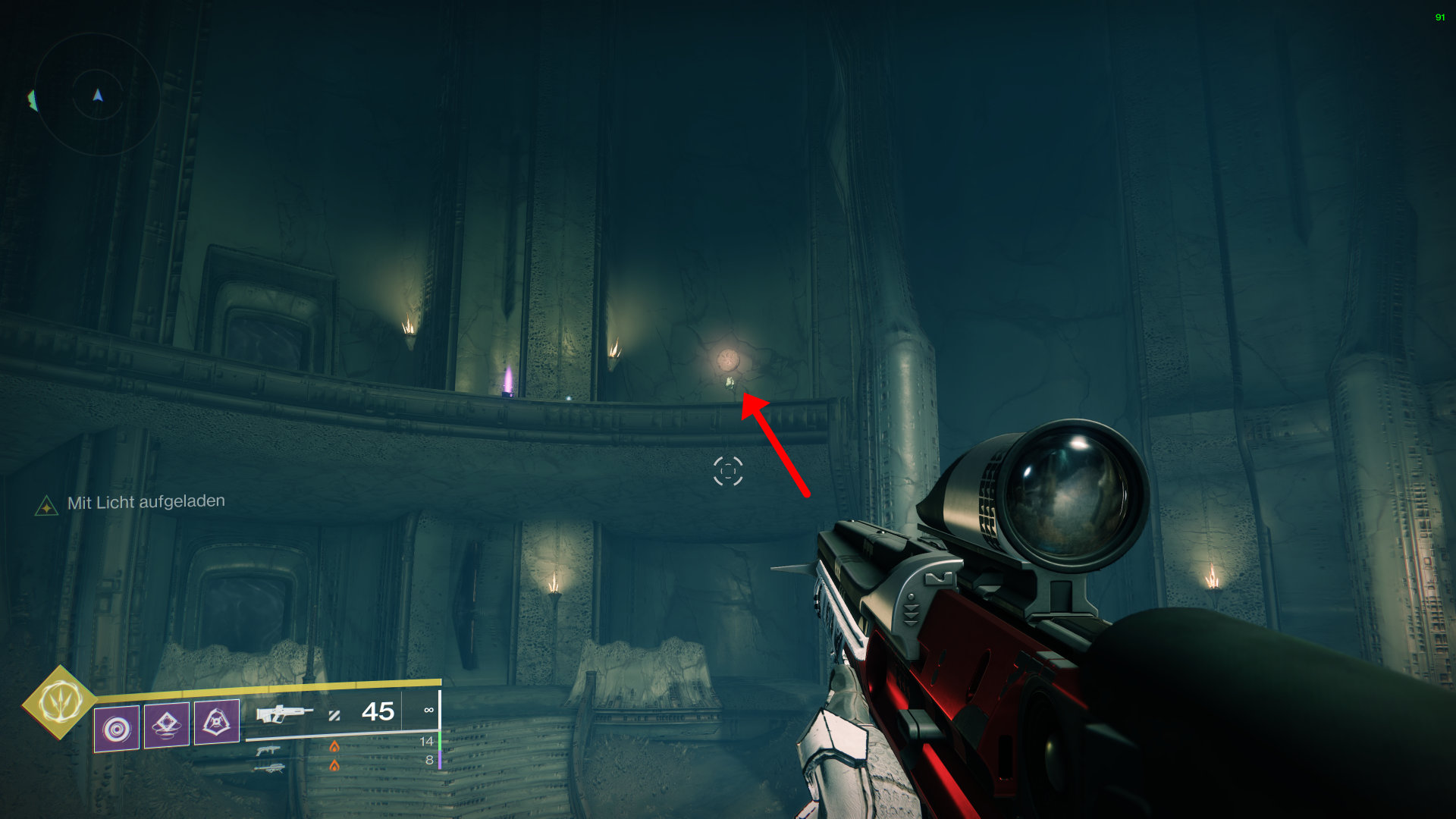 After defeating the Warpriest, the 4th symbol can be found on the wall by the right side balcony. 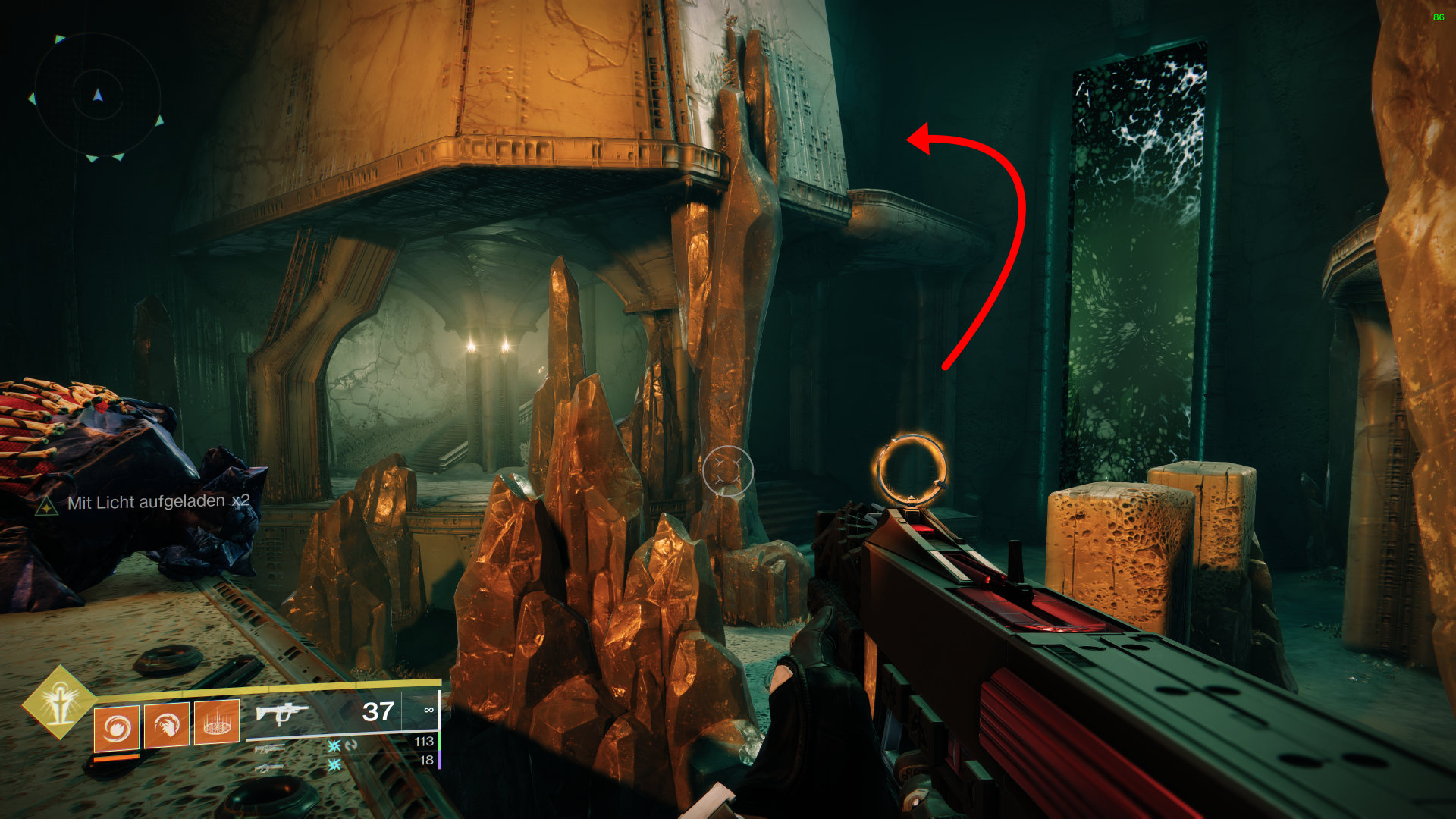 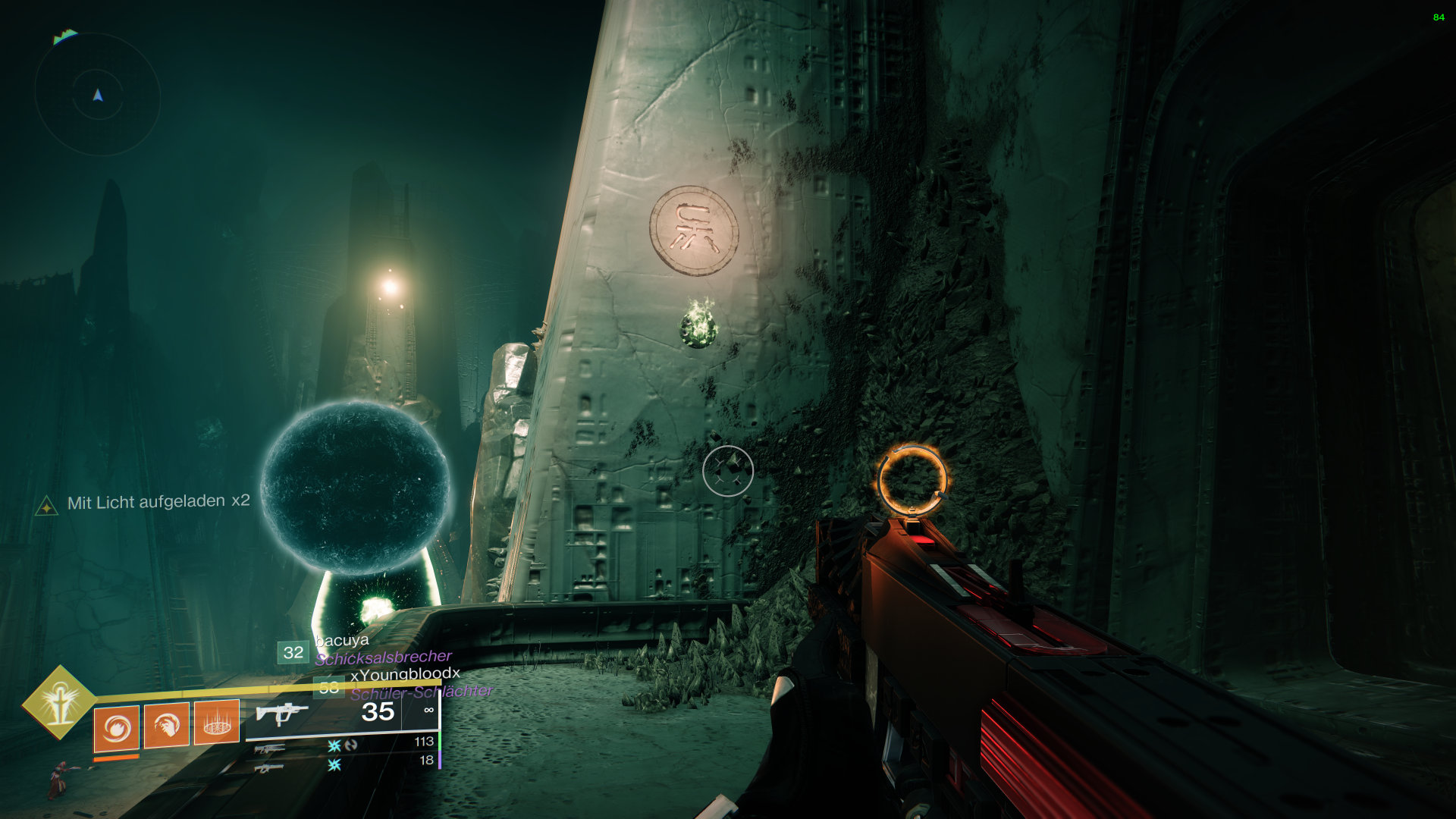 After making your way through Golgoroth's maze, the 5th symbol is on the inside walls of the final hole, directly before the door to Golgoroth. 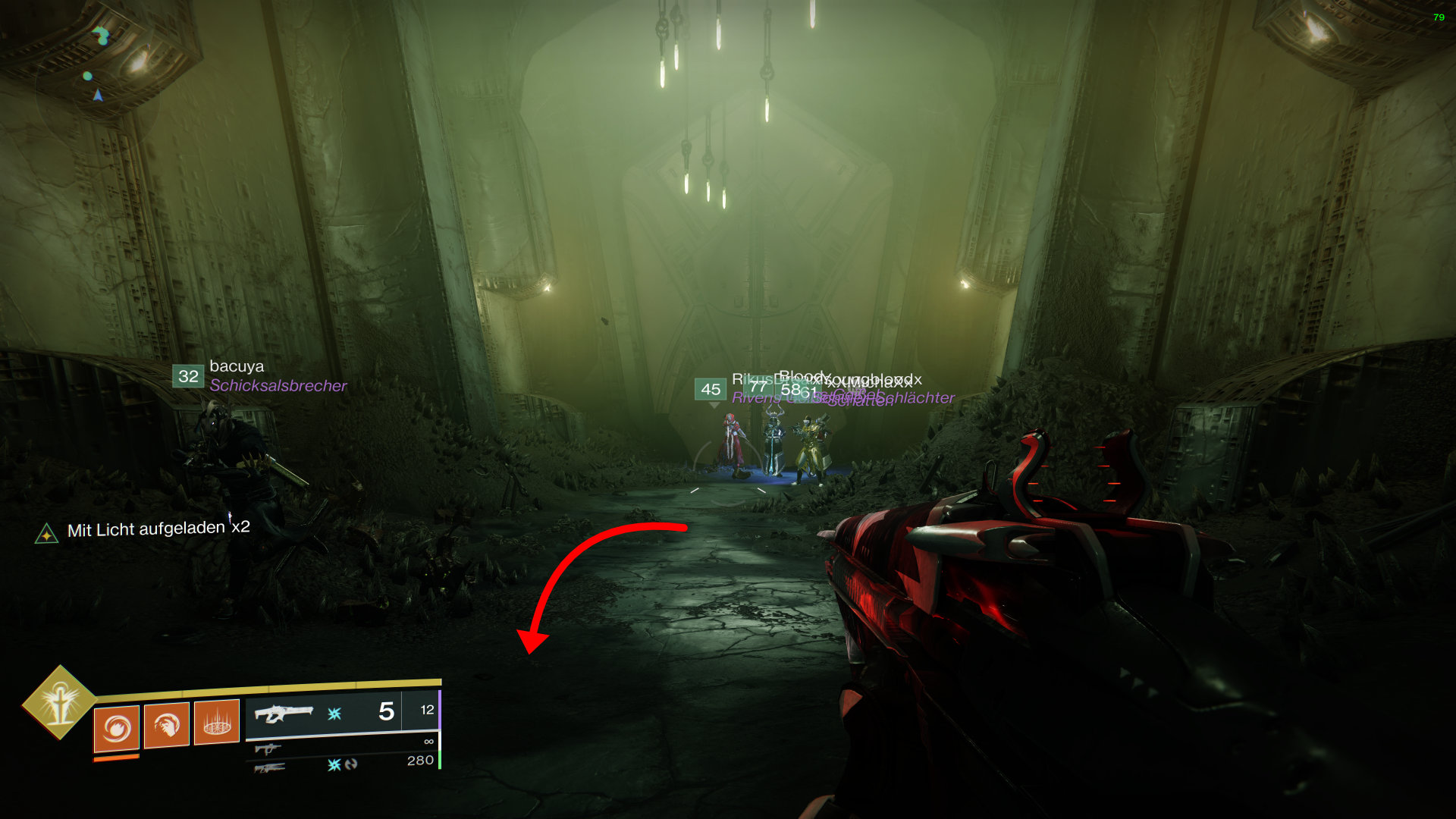 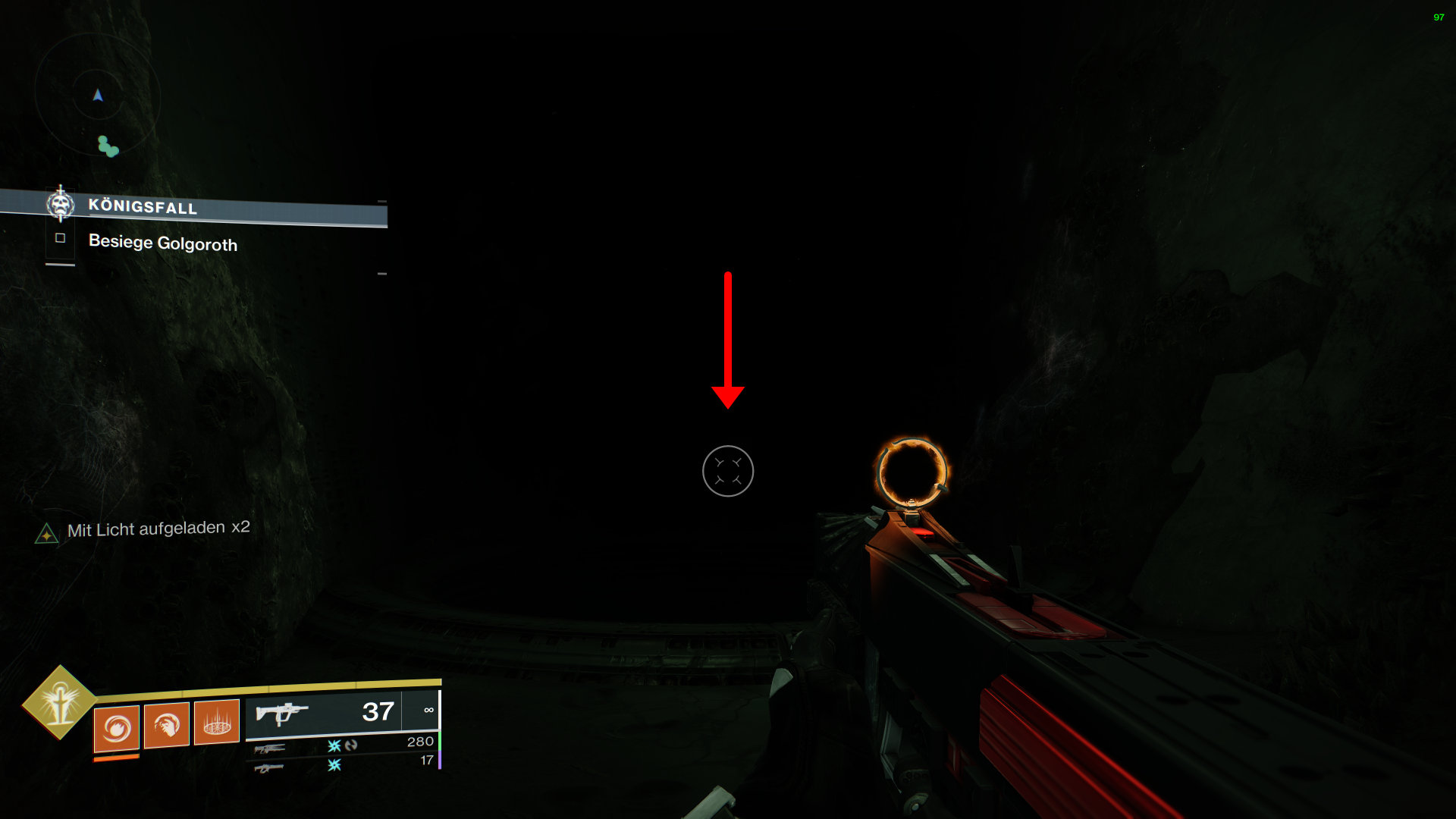 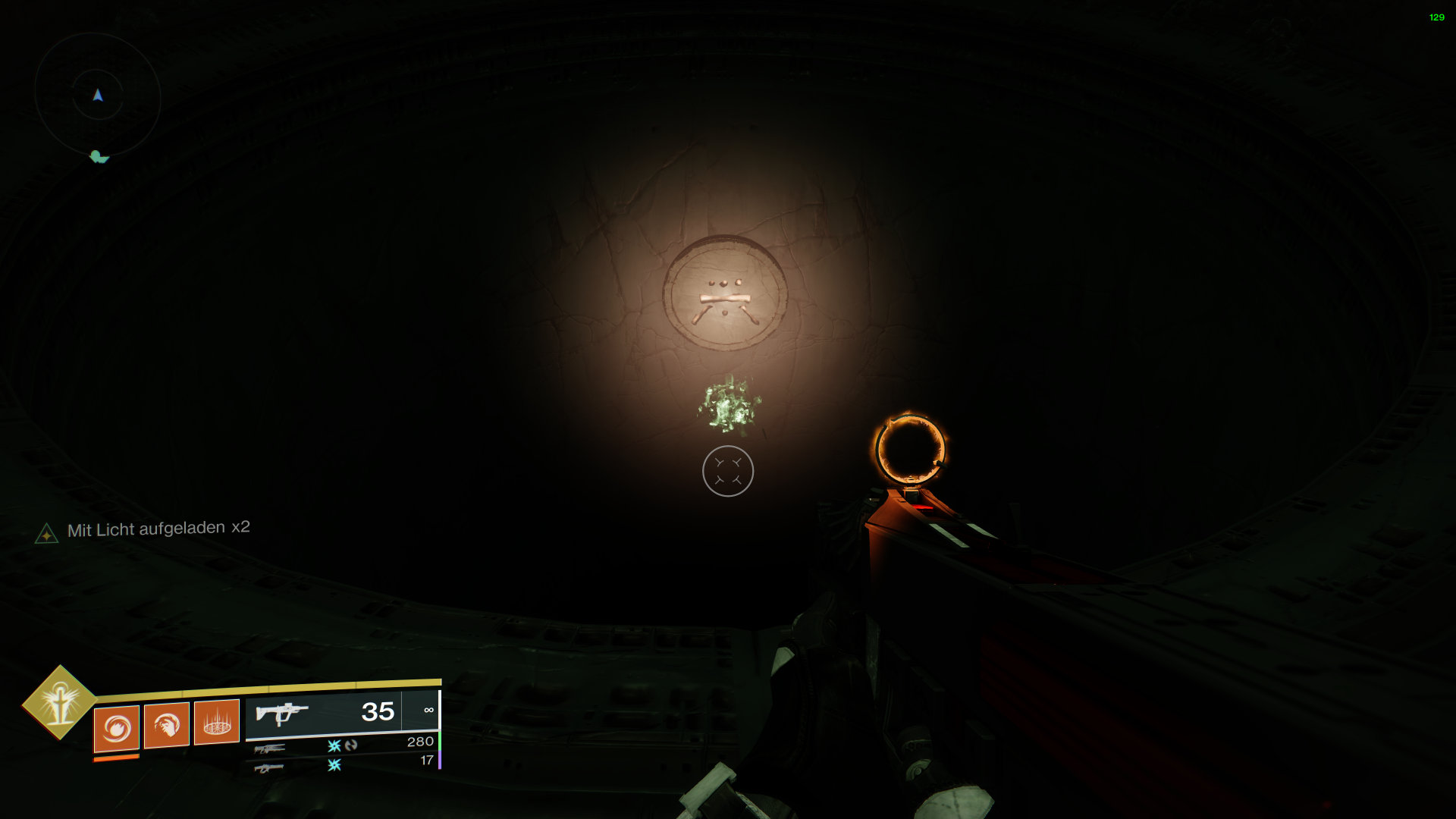 After defeating Golgoroth, head into the right room on the lower floor, directly behind where the first orb drops. The 6th symbol is on the wall to the right. 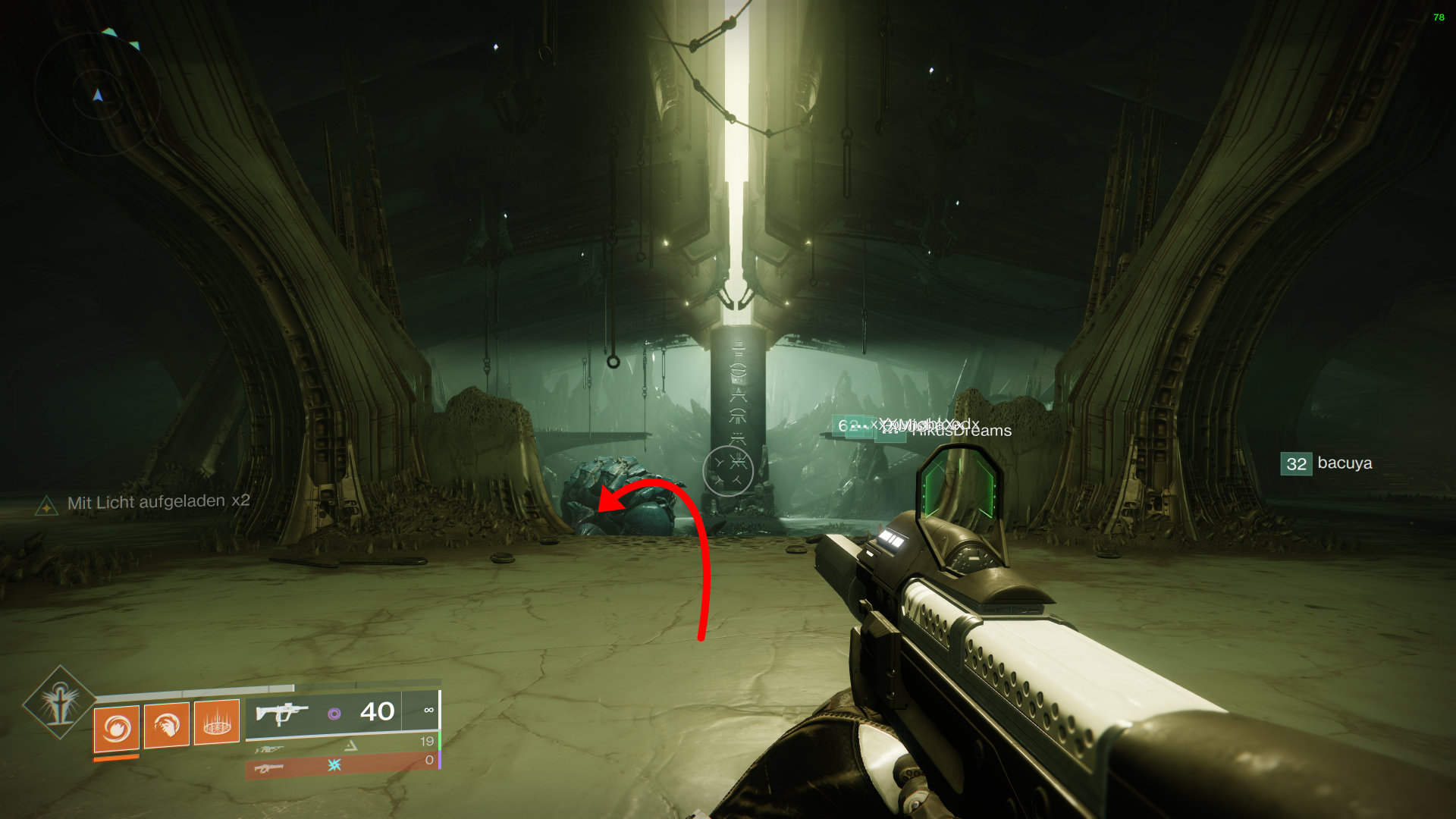 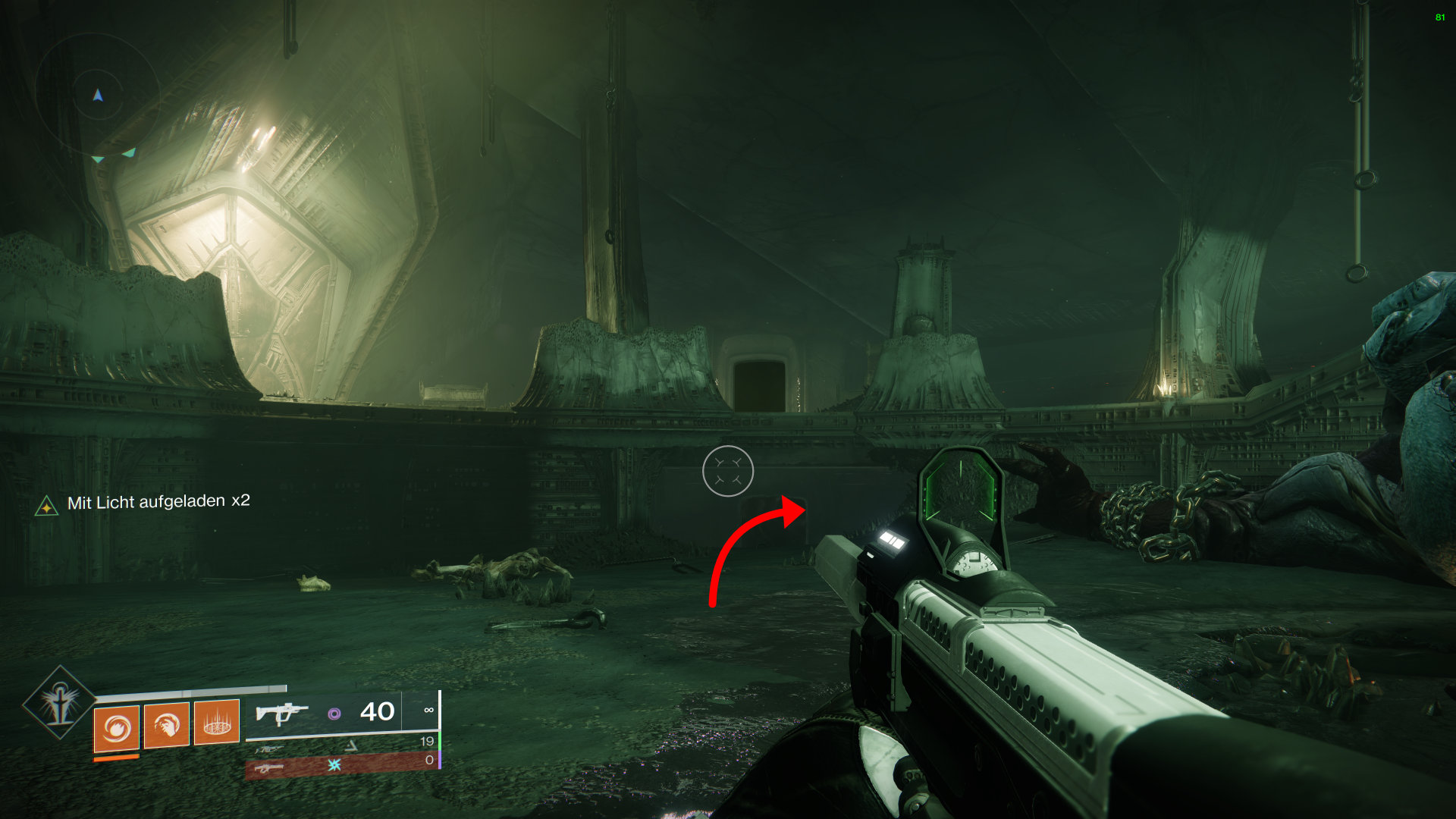 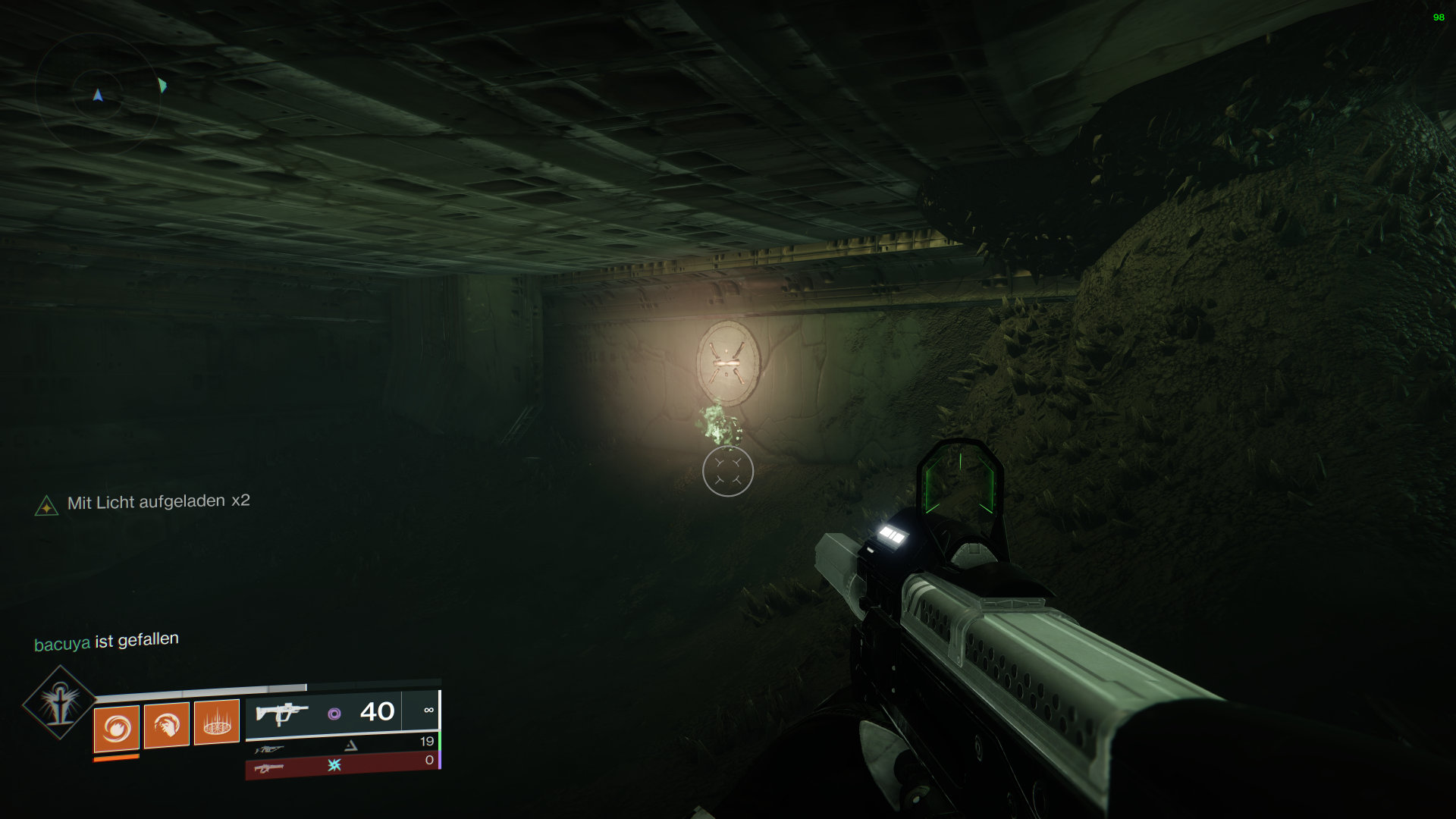 Make your way through the second jumping puzzle and pull out your ghost to reveal hidden platforms. Across these is a room where vou will find the second secret chest. The 7th symbol is directly beside it. 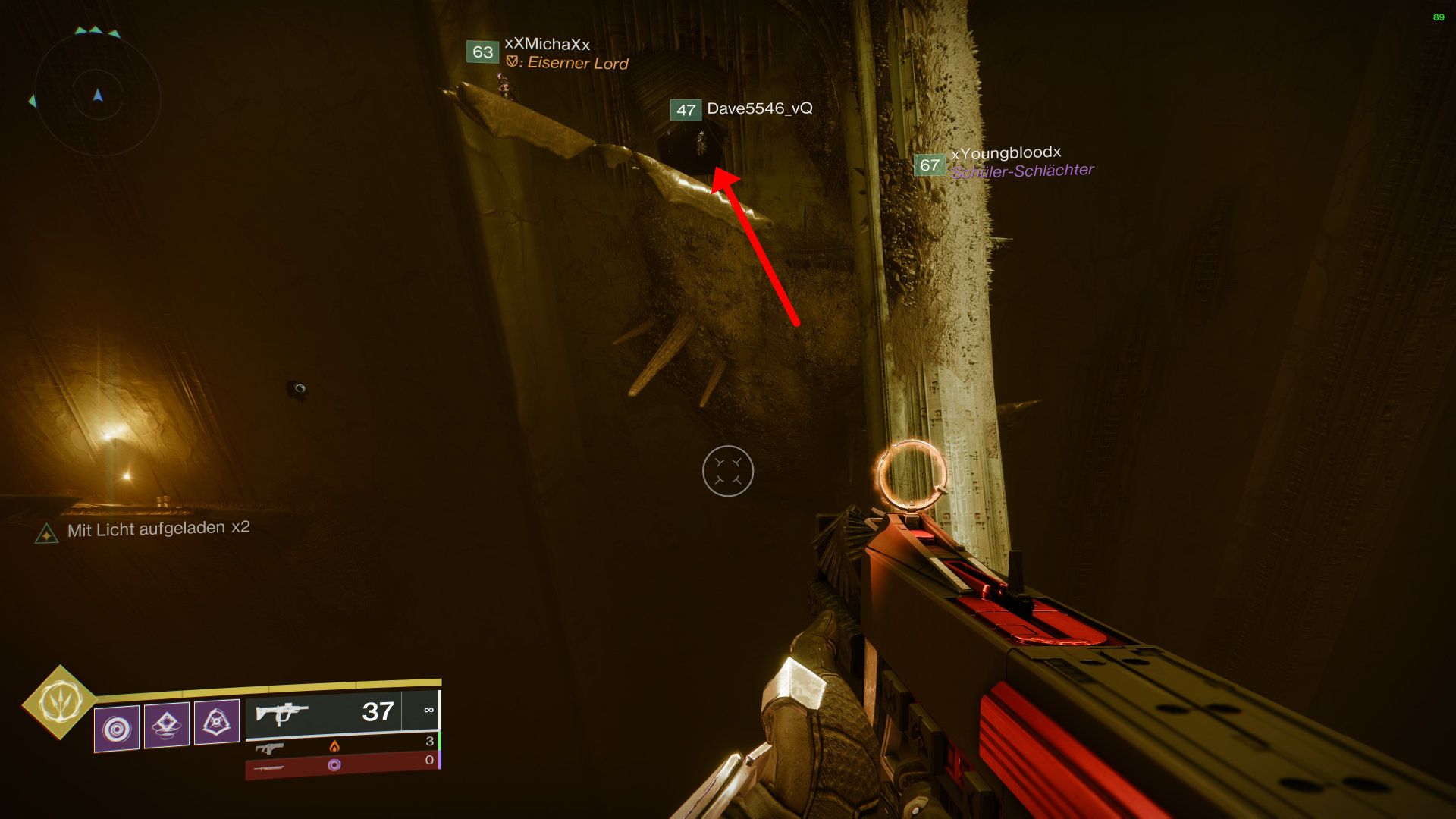 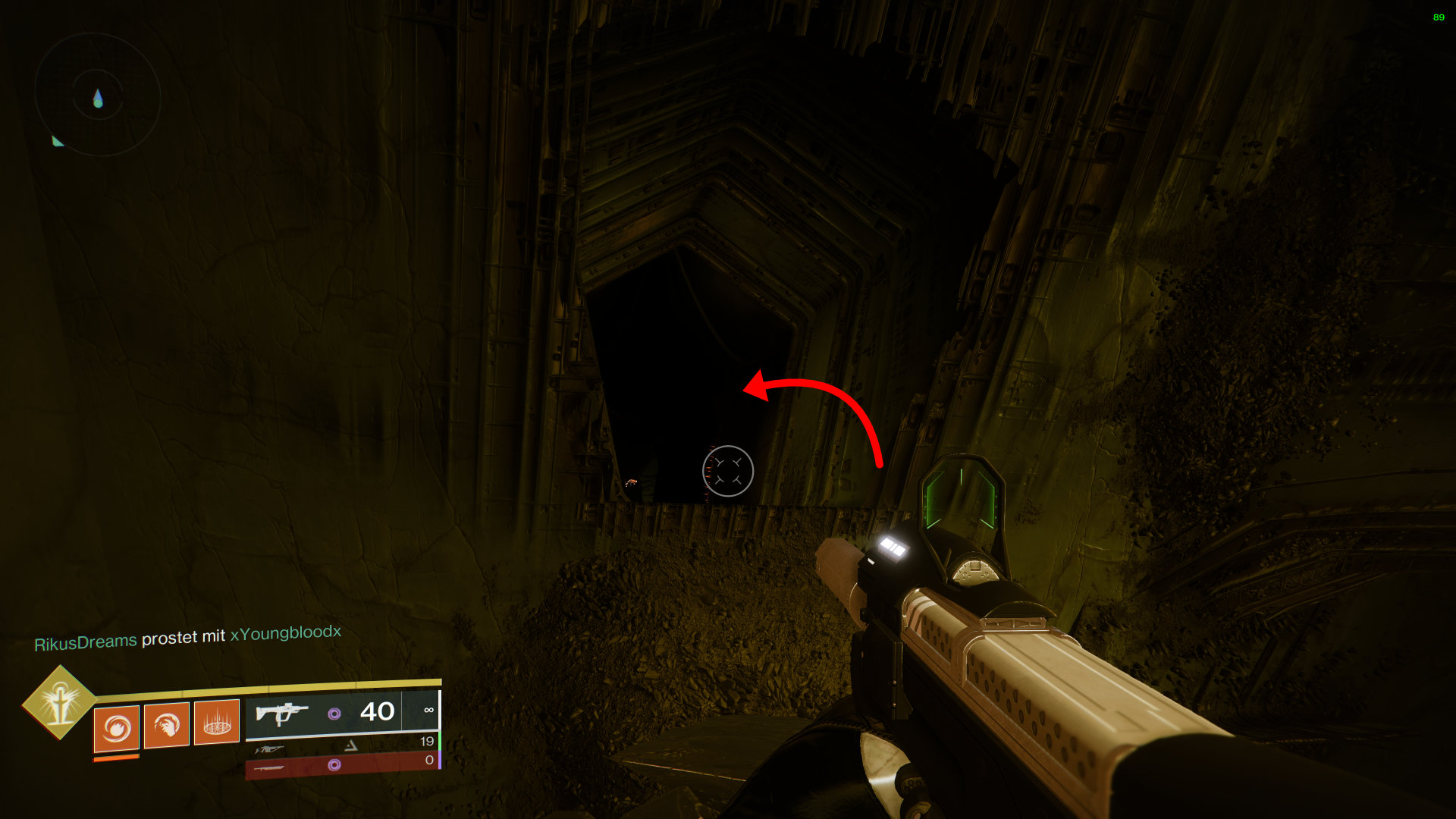 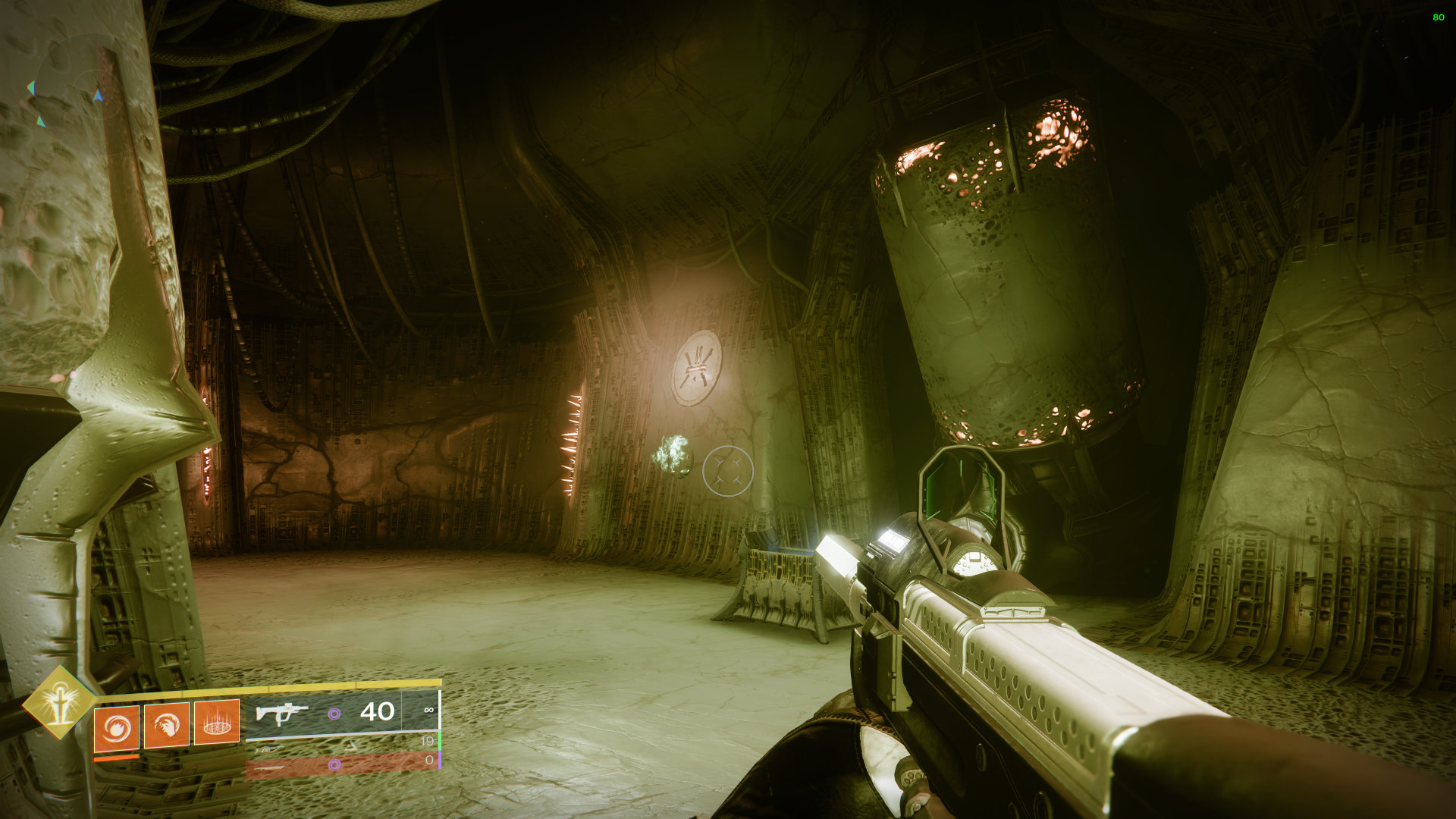 After completing the jump puzzle, the 8th symbol can be found on the ceiling directly in front of the door at the end. 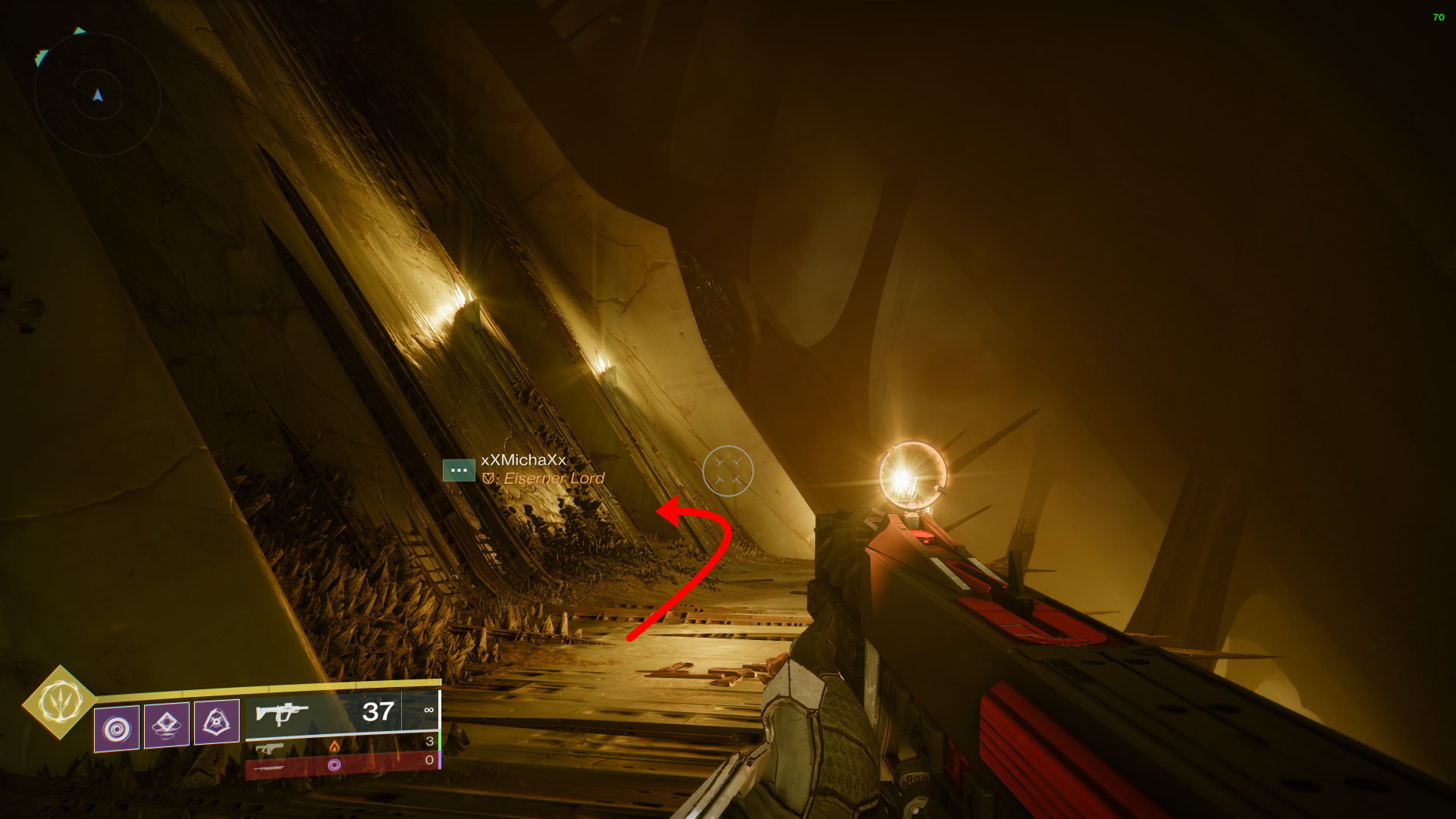 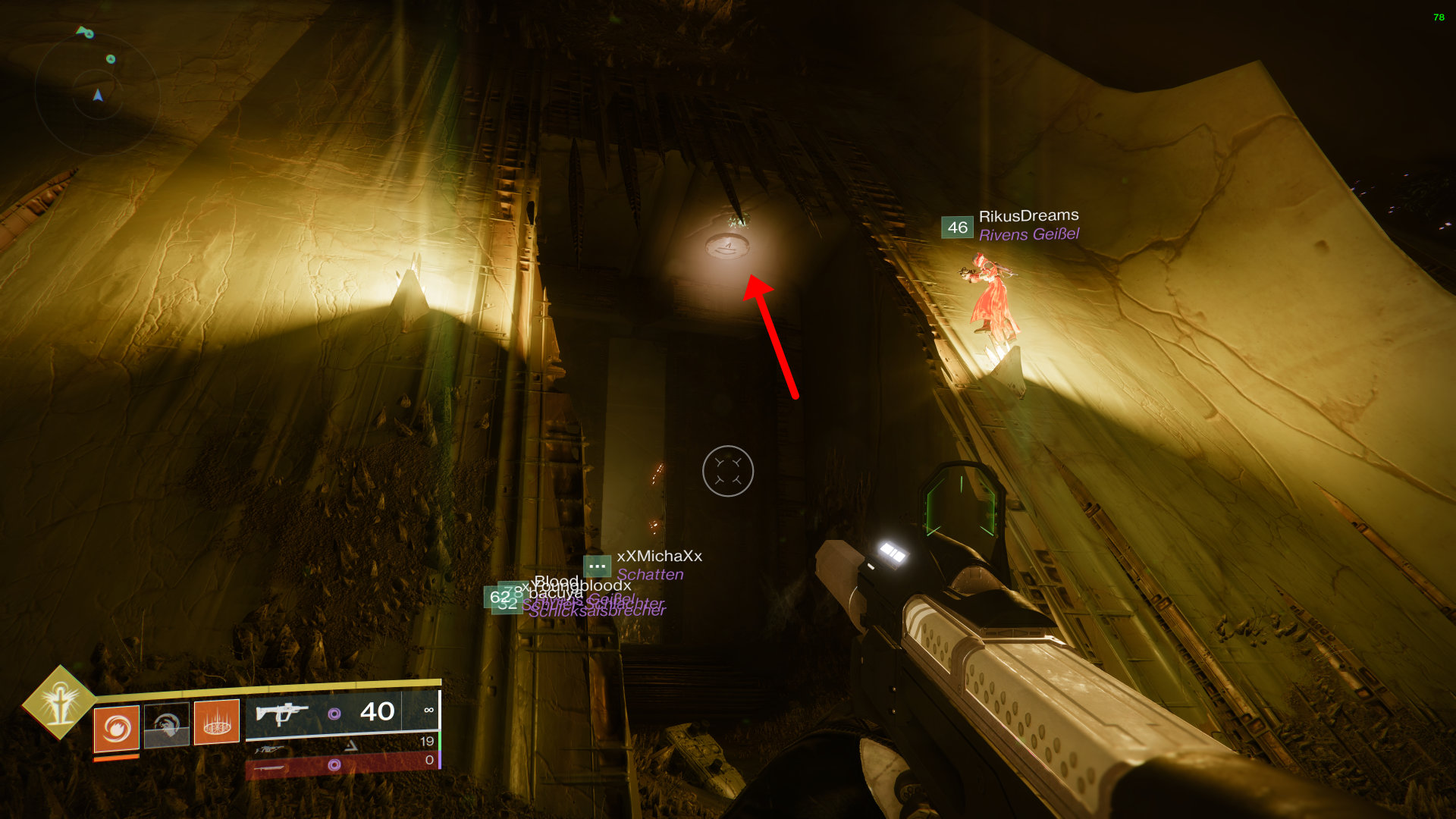 After entering the final arena, turn around and look up. The 9th symbol is on the wall above the door you entered through. 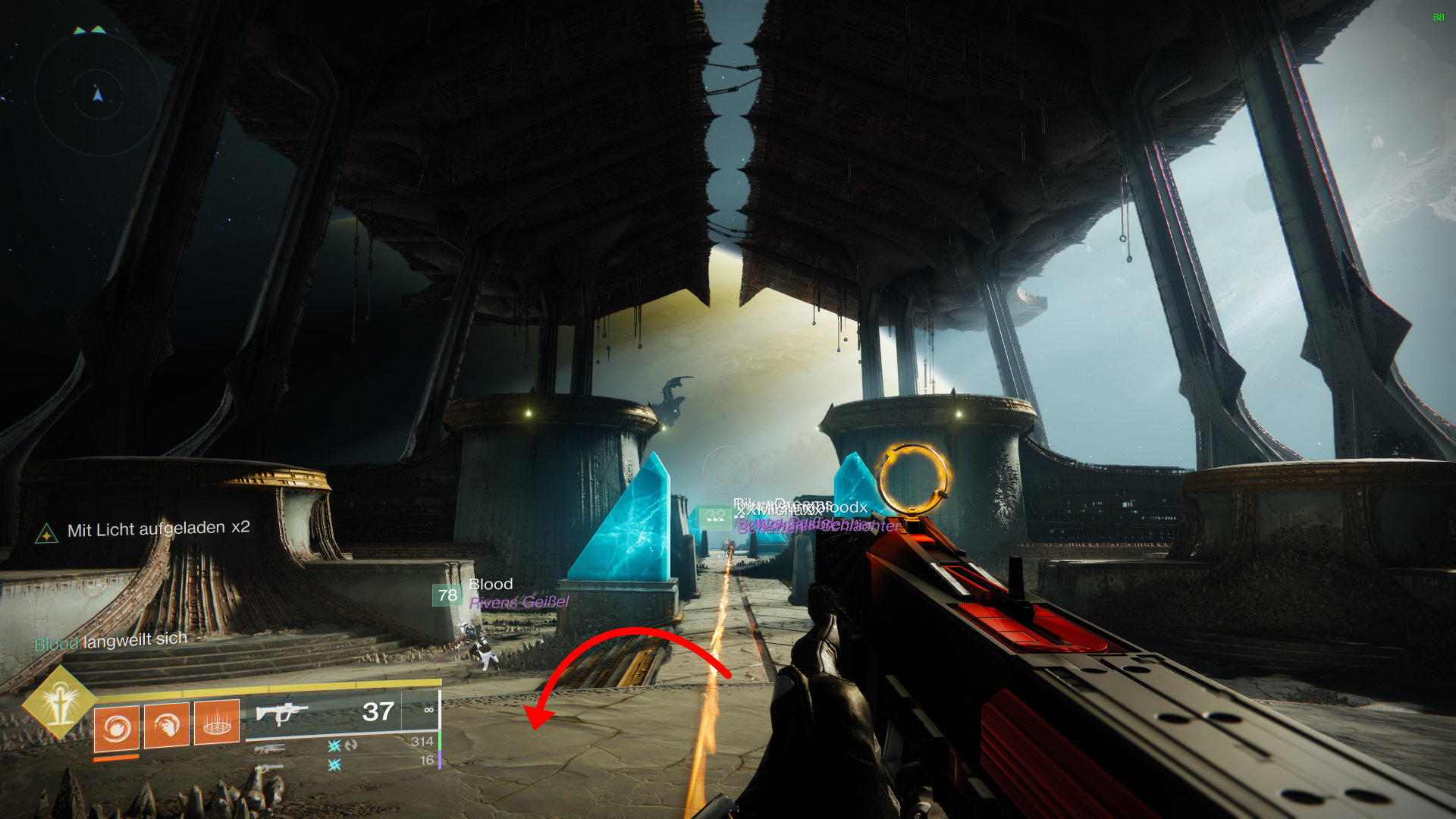 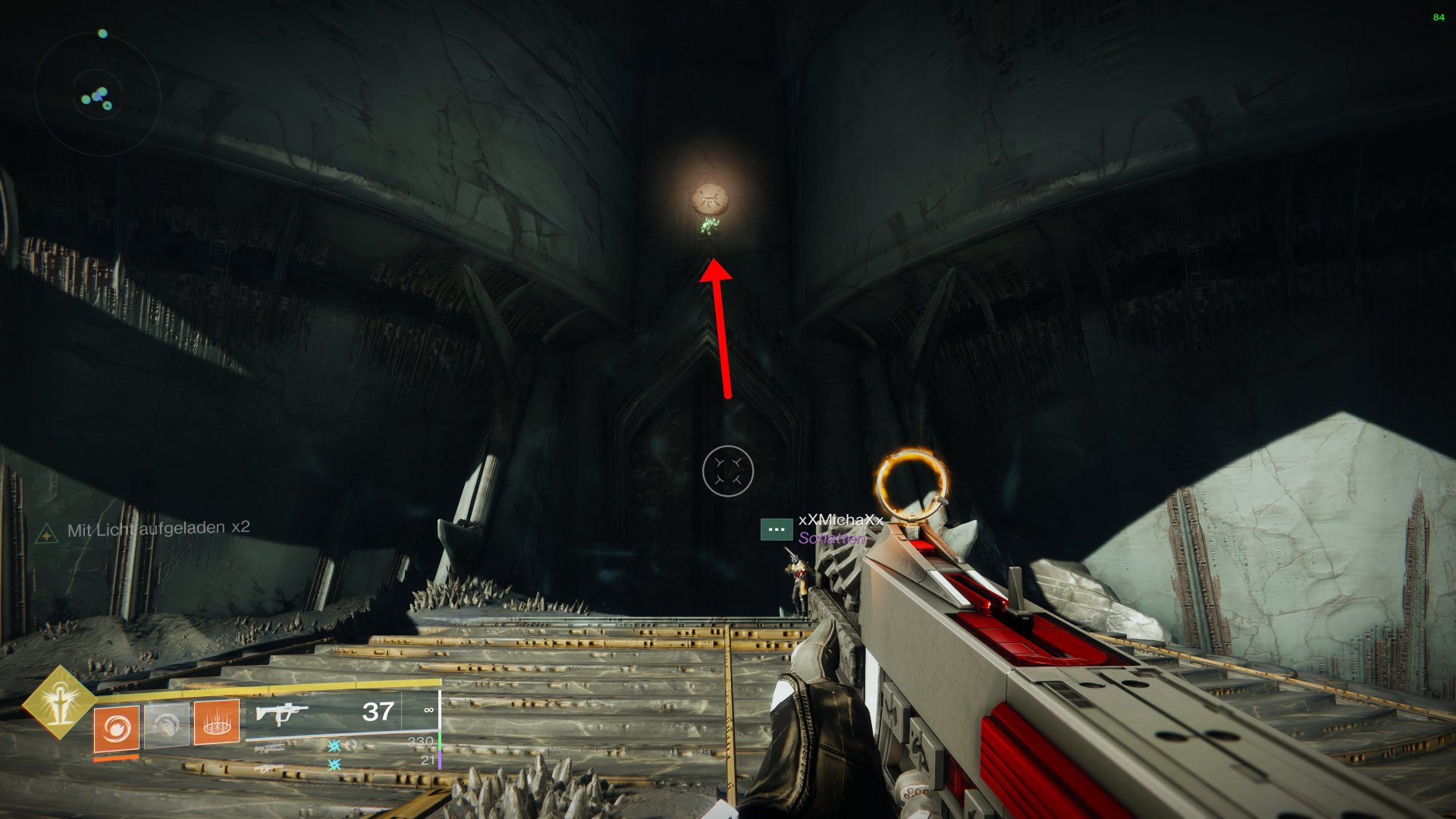